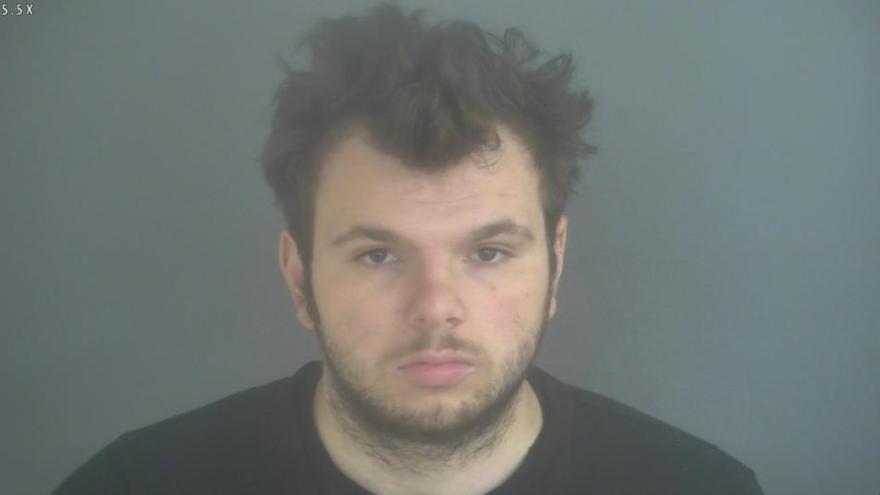 ST. JOSEPH COUNTY, Ind. – A man was arrested after allegedly battering his girlfriend’s one-year-old child, according to the probable cause affidavit.

On June 10, the South Bend Police Department was contacted after a one-year-old was brought to the hospital with severe facial bruising, redness, and a subconjunctival hemorrhage to the left eye, reports said.

The victim’s mother said the incident happened in the unattached garage of a home in the 1600 block of N. Adams Street.

The mother said her boyfriend, identified as 21-year-old John David Sutton, took the victim out to the garage while she used the restroom.

During that time, the mother heard the victim screaming in pain, according to reports.

She ran to the garage to find the victim and Sutton, who said the injuries occurred when the victim fell off a mattress in the garage, according to police.

A witness said they saw Sutton hit the victim on the left side of the face with an open hand, causing injury, reports said.

A second witness said Sutton was in the garage with the victim and the first witness. The victim didn’t have any injuries at that time, according to reports.

The second witness reported leaving the garage and when they came back a short time later, the victim allegedly had redness and bruising and was bleeding from the face.

Sutton told police he took the victim out of her Pack and Play and put her on the floor.

He said he found the victim outside on the sidewalk and assumed she crawled out of the house and fell off the steps onto the concrete sidewalk, reports said.

Sutton said he then picked up the victim and went to the garage to clean the dirt off the victim’s face.

The victim was crying and struggling, so Sutton aggressively held the victim down on the mattress and cleaned off the dirt, reports said.

Sutton was arrested and taken to the St. Joseph County Jail on the charge of battery resulting in bodily injury when the person is under 14.

Sutton is due back in court on July 11.