Man accused of breaking into woman's home despite protection order 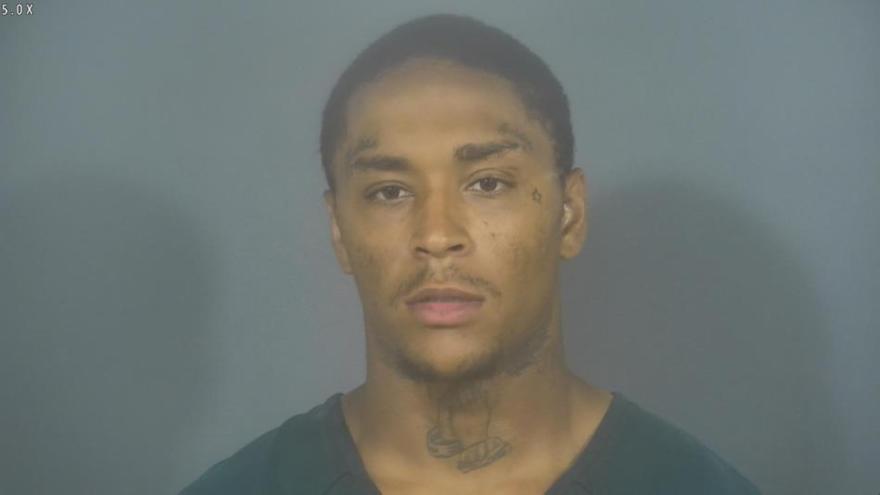 ST. JOSEPH COUNTY, Ind. - A man was arrested for allegedly breaking into the home of a woman who had a protection order against him, according to the probable cause affidavit.

Ramone Thompson, Jr., 25, was arrested on the charges of residential entry and invasion of privacy.

On Thursday, officers with the Mishawaka Police Department responded to a home whose burglary alarm had been activated.

At the scene, officers saw a woman running toward her front door and a man, later identified as Ramone Thompson, Jr., chasing after her, reports said.

The victim went inside and tried to shut the door but Thompson pushed it open, went inside, and closed the door behind him, according to police.

Officers then heard the victim yell for help and for someone to call 911.

One officer announced himself as police at the front door while another officer went to the back of the home.

A short time later, the victim opened the door and told police she didn't know where Thompson went.

At that time, officers at the back of the house apprehended Thompson, who was allegedly running from the residence.

The victim told police she was inside the residence when her alarm signaled there was a person at the front door.

She saw Thompson was at the door and he was allegedly demanding to be let in.

When the victim refused, Thompson went to the side of the house and pushed in a room's AC unit, entering the home, reports said.

He approached the victim, demanding to know if there was a man in the house and where he was hiding, police said.

She assured him no one was there and tried to get Thompson to go outside with her.

When she did so, the alarm was triggered.

When she tried to use her cell phone to turn off the alarm, Thompson allegedly grabbed the phone and threw it.

The victim ran back into the residence and tried to lock the door but Thompson was able to push his way in, reports said.

Police arrived at that time.

Officers confirmed the interaction between Thompson and the victim using home security.

Thompson is being held at the St. Joseph County Jail on a $500 bond.