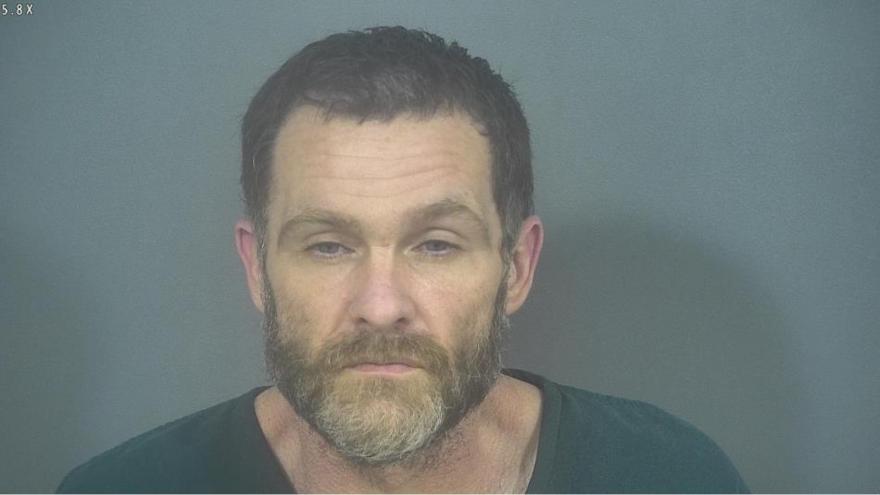 ST. JOSEPH COUNTY, Ind. – A man has been charged after he allegedly burglarized two residences in South Bend and tried to burglarize a third, according to the probable cause affidavit.

Michael Krovitch was detained on Thursday and formally charged with two counts of burglary and one count of theft for three incidents over about two months.

On November 21, 2021, officers with the South Bend Police Department were called to a residence on E. Cedar Street for a burglary report.

Officers spoke with the homeowner, who said she discovered someone had forced their way into her home and items were missing from it.

The woman immediately called police, walked through the home with an officer, and gave the officer security video footage from her Ring doorbell camera.

The footage showed an unknown male, wearing a headlamp and a black balaclava covering his mouth, enter the residence through the front door.

On December 25, officers were called to a home on E. South Bend Avenue for a theft report.

Officers spoke with the homeowner, who said an unknown party removed an installed security camera off the outside of his house.

The homeowner said when he returned to his home at 5:30 p.m. that evening, he got a notification from his home alarm system. When he tried to check his security cameras, they would not connect and he discovered four of his cameras had been removed from the outside of the house.

The owner gave the officer the last recorded video footage, which showed an unknown male, wearing a headlamp and a black balaclava covering his mouth, remove one of the security cameras.

On January 20, officers were called to a residence on E. Corby Boulevard for a burglary alarm report.

An officer arrived to find Michael Krovitch on the property, reports said.

When the officer discovered Krovitch, Krovitch was wearing a black balaclava, a headlamp, and had burglary tools on him, including a small crowbar in his pants pocket, according to reports.

Krovitch was detained on scene.

Officers reviewed body cam footage from when Krovitch was detained and compared it to still photos taken from security video footage from the incidents in November and December. After comparing the two, officers determined Krovitch was the suspect from both incidents based on physical stature and the top half of his face and nose that were exposed, reports said.

Krovitch also seemed to be wearing the same balaclava and headlamp in all three incidents, according to court documents.

Officers spoke with Krovitch and he denied being involved in the November and December incidents, according to reports.