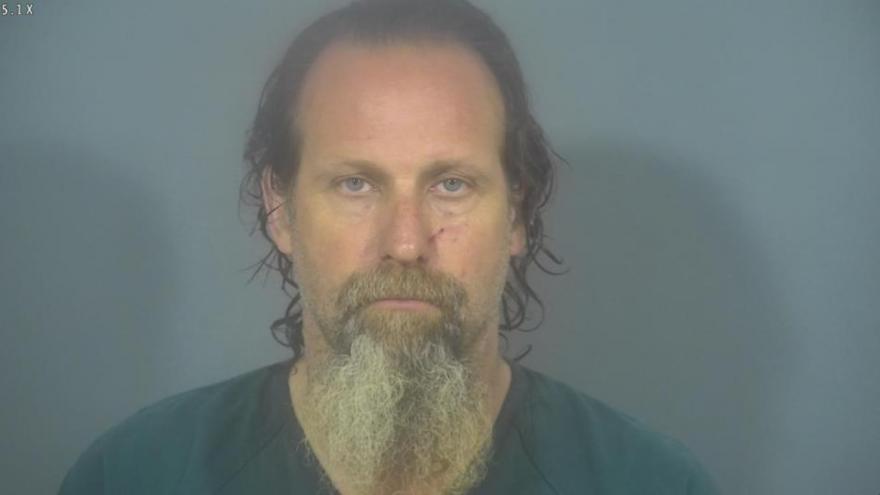 ST. JOSEPH COUNTY, Ind. – One man is facing multiple domestic battery charges and a strangulation charge after an incident that took place in St. Joseph County, according to the probable cause affidavit.

On Tuesday, officers responded to a domestic violence call on Walnut Road in Walkerton. The victim was located at a nearby neighbor’s house after running from her estranged husband/the alleged suspect, Jody Elkins.

The victim had visible marks on her head, face, torso, and back. Her right eye was swollen shut and her upper lip was also severely swollen, according to court documents.

She reported arriving to the residence to pick up their shared child when Elkins entered her vehicle, placed a handgun to her side, and ordered her to drive to the back of the property, according to court documents.

As this happened, their shared child watched from nearby in the yard.

Elkins struck the victim with a closed fist several times in the face and torso and struck her with the handgun before she was able to hit it out of his hand, according to the probable cause affidavit.

Elkins then strangled her with two hands, causing the victim to become dizzy, court documents said.

The victim was ordered back into her vehicle and told to drive to the edge of the property again, where the victim again exited the vehicle and another fight began with Elkins, court documents said.

The victim was strangled a second time as Elkins tried to zip tie her hands together with black zip ties, according to court documents.

The victim tried to get shelter under her vehicle.

Elkins entered the driver’s seat and tried to move the vehicle but the vehicle’s tires did not have any traction in the dirt, court documents said.

The victim then ran from the property and eventually gained access to a neighbor’s house for shelter.

Elkins was arrested by the St. Joseph County Police Department for several counts, including attempted murder, domestic battery in the presence of a child, strangulation, and criminal confinement, according to the probable cause affidavit.

Elkins refused to provide a statement at the time of his arrest.

The victim also said that during the fight, Elkins was wearing a bulletproof vest. She remembers Elkins removing the vest during the altercation but couldn’t recall where the vest would have been.

Detectives with the Police Department executed a search warrant for the residence and Elkins’s green Dodge Ram pickup truck on Wednesday in search of firearms involved in the crime or at the residence.

Nearly 60 firearms were collected, according to court documents.