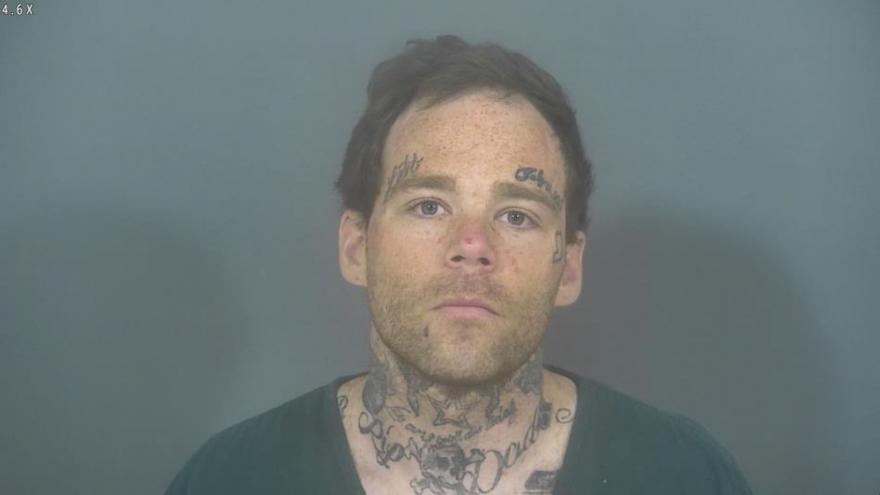 ST. JOSEPH COUNTY, Ind. – A man was arrested after he allegedly hit a woman and spit on arresting officers, according to the probable cause affidavit.

On April 22, officers with the St. Joseph County Police Department were called to a restaurant on S.R. 933 for a physical domestic incident in the parking lot.

A witness on scene pointed out the minivan the incident was said to be taking place in.

When an officer approached, they saw Williams standing outside the vehicle and a woman in the driver’s seat.

Williams said he and the woman were having an argument.

The officer could smell alcohol on Williams’s breath, according to reports.

The woman told the officer she came to pick Williams up and he got upset because she ran out of gas. Williams had hit her in the right side of her head, reports said.

A witness on scene told police she saw Williams pull the woman on the arm and try to get her away from the door of the restaurant.

Williams then slapped the woman, who was asking for help, according to the witness.

The woman asked someone else to walk her to her car but Williams started yelling at her, reports said.

The witness saw Williams raise his arm and it looked like he started to hit the woman, according to court documents.

Officers arrested Williams, who became irritated and tried to get to the woman when he was put in handcuffs, according to reports.

Williams then began bashing his head on the hood of a patrol vehicle.

Williams then spit on one of the officers, reports said.

He allegedly tried to spit on the same officer again but missed. The spit got on a different officer instead.

Williams then started hitting his head on a window, spit blood on the vehicle, and tried to spit on officers again, according to police.

He allegedly told officers he would beat them and told one officer he would kill him.

Once Williams was sitting in the patrol vehicle, he allegedly kicked an officer.

Williams has a prior conviction for domestic battery with bodily injury to a pregnant woman.