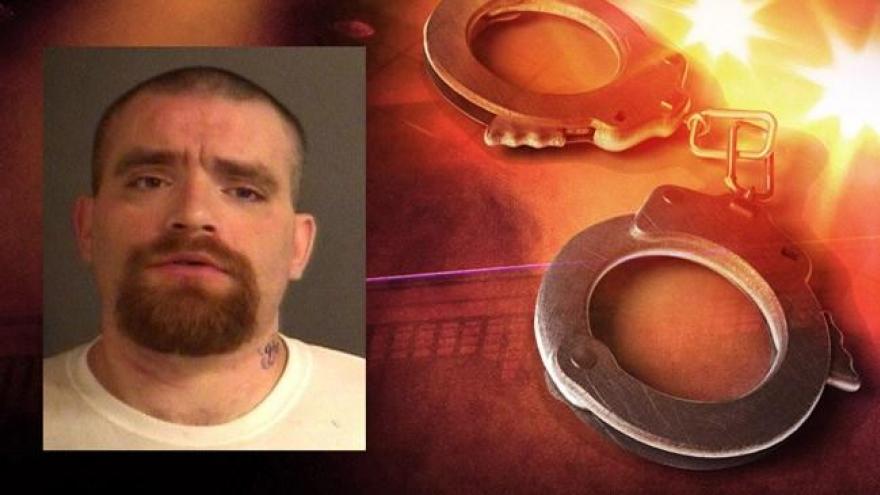 A man who alleged he was an agent with the Department of Homeland Security is facing multiple charges including impersonation of a public servant, according to the probable cause affidavit.

Employees with the Torch Lounge contacted police on January 21 after a man, later identified as Patrick Hancock, came into the business and claimed he had an arrest warrant for an employee.

The assistant manager told police Hancock entered the business wearing a badge around his neck that had the words Homeland Security on it and that he presented photo identification showing he was employed by Homeland Security as a task force officer. He also had a gun and handcuffs, according to the probable cause affidavit.

The assistant manager told police Hancock showed him a document that said the Department of Homeland Security, Chicago Office, had issued an arrest warrant for a female employee of the lounge for a variety of crimes, according to the probable cause affidavit.

The manager told police Hancock got upset when the manager took a photo of the alleged arrest warrant. Hancock then left in a 2004 black Ford Explorer with US Government plates.

According to the manager, Hancock is a regular customer of the Torch and the female employee named in the alleged arrest warrant has said she was fearful of Hancock.

Police contacted the Department of Homeland Security and learned Hancock is not an employee and does not work with any task force.

Police went to Hancock's home and saw the Ford SUV, which was equipped with red and blue emergency lights, parked at his residence. Police said the US Government plate was not registered to Hancock, according to the probable cause affidavit.

When police located Hancock, he denied going to the Torch and denied he had a weapon. He told police he worked for a security agency in Chicago and was contracted through the company to work with the Department of Homeland Security on a joint terrorism task force.

Hancock was arrested and is facing charges of impersonation of a public servant, carrying a handgun without a license, false government identification, counterfeiting, attempted criminal confinement, and invasion of privacy.

Police said Hancock has previously been convicted of Impersonation of a public servant.