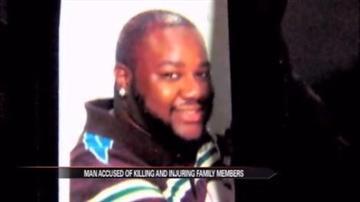 DETROIT — A Detroit man is accused of killing his grandmother, his aunt, and critically injuring his own daughter.

The man recently turned himself into police.

The neighbors said the man approached them just minutes after the fatal attack.

One teen said she came across the 28-year-old man, who is one of her friend's uncles. After the girl ran home, she told her mom that she'd heard something happened down the street.

"The ladies who lived next door from the grandma said, "You gotta go because he killed the grandma and all that," said Taniesha Thurmond, a witness.

Investigators believe the man killed his grandmother and aunt. His seven-year-old daughter remains in critical condition after he allegedly shot her multiple times.