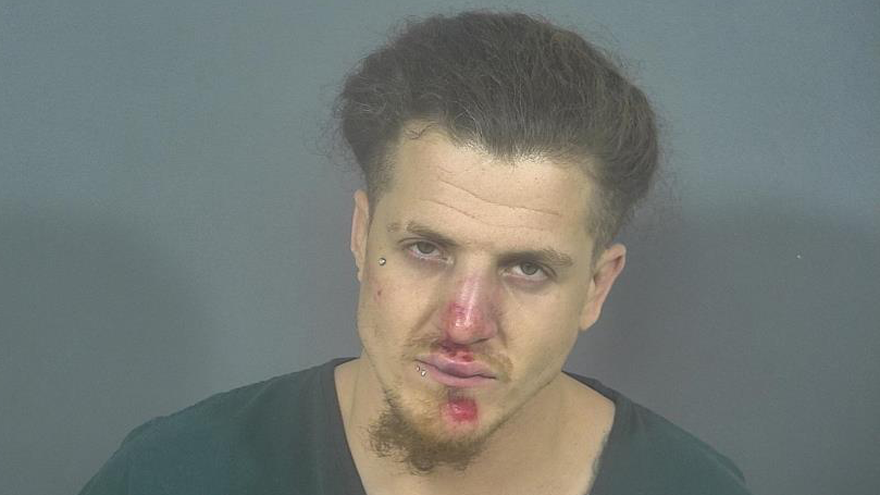 ST. JOSEPH COUNTY, Ind. -- A St. Joseph County man was arrested after allegedly punching his girlfriend in the face and spitting in an officer’s face, according to court documents.

On January 24, St. Joseph County Police responded to the 50000 block of Michigan Street for reports of a domestic battery.

The victim told police she and her boyfriend, Robert Johnson Jr, had gotten into  multiple arguments throughout the day so she went to get a hotel room for the night, reports said.

After she left, her Ring camera alerted her that Johnson was inside her home damaging her property, reports said.

She returned home and found Johnson outside her residence and they began arguing. Johnson then punched her in the face and kicked her while she was on the ground, according to the probable cause affidavit.

The victim got to her feet and ran to a neighbor’s house to call police.

Inside her home, police saw a television with a shattered screen that had been knocked over and a shattered coffee table, reports said.

Officers then attempted to take Johnson into custody.

Police said Johnson repeatedly refused to follow their instructions and multiple officers assisted in getting Johnson under control, reports said.

Johnson was transported to the hospital where he continued to be combative, reports said.

Johnson is accused of spitting in the face of an Indiana State Police trooper who was assisting, according to the probable cause affidavit.