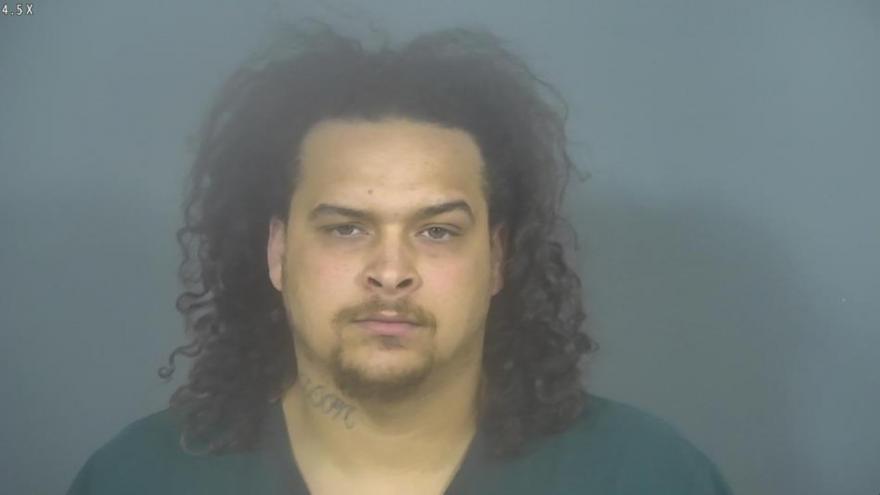 ST. JOSEPH COUNTY, Ind. – A man was arrested after allegedly putting a hidden camera in a shower that a juvenile was using, according to court documents.

On March 14, a woman reported to the South Bend Police Department that her juvenile daughters told her that around 10 a.m. that day, Daylan Williams asked one of the juveniles if she wanted to take a shower, reports said.

The juvenile said she stayed home from school that morning because she didn’t feel well.

Williams entered her bedroom, told her she needed to shower, and asked her which of the two showers she would use, according to reports.

Williams then started her a shower, the juvenile said.

While showering, the juvenile noticed a new loofa hanger in the bathroom fall and when she went to pick it up, she noticed a plug-in port and an SD card on the back of the hanger, reports said.

The juvenile said she believed a recording device was placed in the shower.

The woman who made the report said that recently, Williams has been buying Amazon packages that she isn’t allowed to open.

The juvenile said the product image on Amazon matched the video she took of the camera while she was in the shower.

She said she confronted Williams about the incident and he grabbed the camera and brought it to an unknown location upstairs in the residence, reports said.

Williams was interviewed and allegedly denied all knowledge of the camera being put in the shower prior to the juvenile confronting him.

Williams was arrested on the charges of voyeurism, child exploitation, and obstruction of justice.

He is being held at the St. Joseph County Jail on no bond and is due to be arraigned in court Friday.