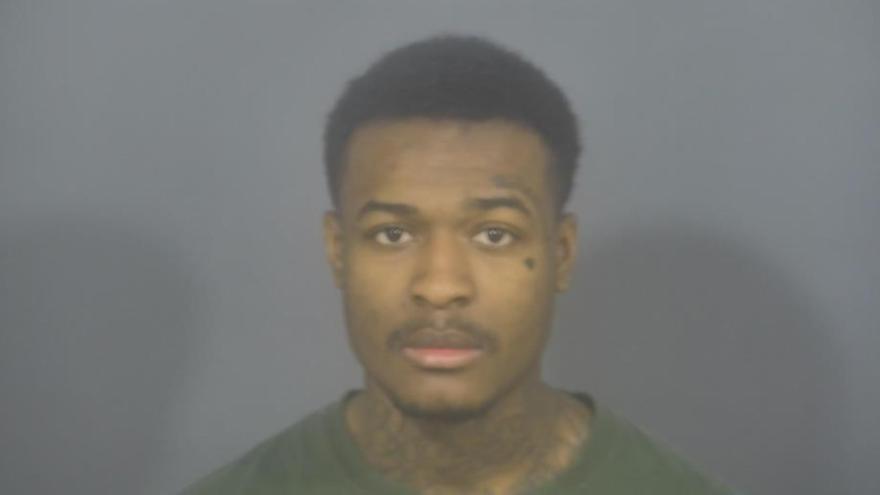 ST. JOSEPH COUNTY, Ind. - A man was arrested on Friday for his role in an April 2021 robbery at an AT&T store, according to the probable cause affidavit.

Davlon Baker was arrested on the charges of robbery and theft when the value of property is greater than $50,000.

On April 12, 2021, officers with the St. Joseph County Police Department were called to the AT&T store on Ironwood and S.R. 23 for a robbery report.

Police were told four men wearing face masks came into the store and forced everyone to the back, instructing them to face the wall while an employee put phones into the suspects' duffel bags, according to reports.

Witnesses said the men asked to be led to the phones immediately and said "to not make me hurt you," reports said.

The AT&T employee put a GPS tracker in one of the bags.

The four men left the store in a black Saturn SUV, which was later found at a nearby apartment complex.

Surveillance footage showed the first man entering the store wearing blue pants with a white stripe on the side and a True Religion sweatshirt.

He was later identified as Davlon Baker.

Police tracked the duffel bag with the GPS and stolen cell phones to northbound U.S. 31 in Michigan, where the vehicle was traveling at approximately 100 miles per hour.

The next day, police in Allegan County, Michigan, contacted St. Joseph County Police saying a vehicle crashed in their county and the vehicle contained duffel bags full of phones and a wallet.

Three of the four occupants of the vehicle were detained.

St. Joseph County detectives visited Baker, the only adult who had been detained, in the jail in Allegan County.

At first, Baker allegedly told detectives he hadn't been in St. Joseph County the previous day.

Eventually, Baker told police he had been there and was the individual seen on surveillance in the blue and white pants, reports said.

The pants were collected from Baker's jail property and the True Religion sweatshirt was found in the SUV.

Baker told police he stole from the store because he needed the money, reports said.

He was arrested on Friday and is being held at the St. Joseph County Jail on a $10,000 bond.