Man accused of sending ricin letters has criminal past 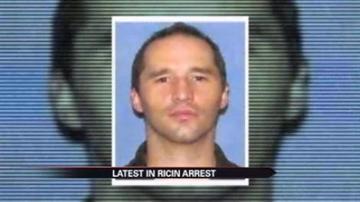 TUPELO, Miss. — The man accused fo sending rice laced letters to public officials had a trouble past according to officials.

Mississippi martial arts instructor James Everett Dutschke was charged with developing, possessing and attempting to use a biological toxin, ricin, as a weapon.

The arrest came after investigators searched his home and former karate studio.

Some of Dutschke's neighbors are happy to see him go.

"He seems odd. There's something about him," said Andrae Nabors. "I don't put it past him one bit."

Dutschke was arrested earlier in 2013 and charged with molesting three girls.

He is expected to appear in court Monday on the ricin charges.