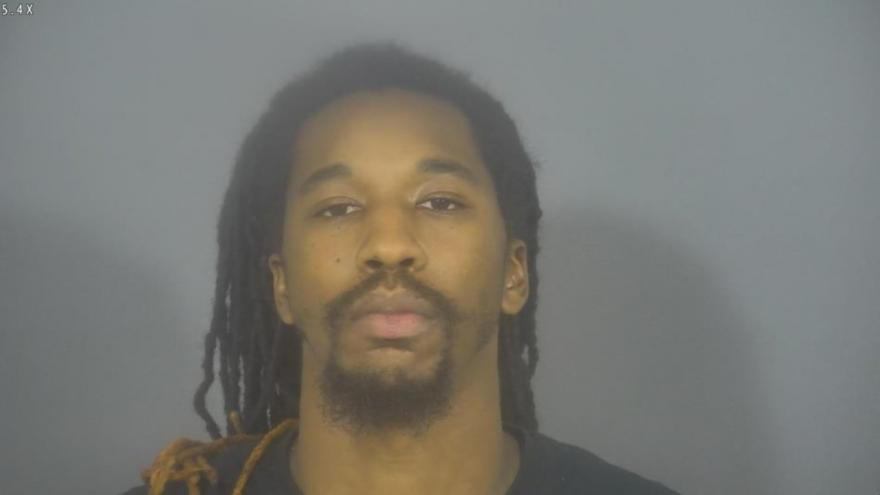 ST. JOSEPH COUNTY, Ind. – One man is facing a battery charged after he allegedly shot a man who he said was robbing him on Monday, according to the probable cause affidavit.

On September 20 at 7:37 p.m., an officer with the South Bend Police Department responded to a South Bend hospital regarding a shooting victim.

When the officer arrived, they met with the victim, who had come into the emergency room with a gunshot wound to his abdomen.

The victim appeared reluctant to cooperate, according to court documents.

The victim said he had been with his girlfriend in the area of Huey and Vassar Streets in South Bend when he said he heard gunshots and then realized he had been hit, court documents said.

He said a friend had driven him to the hospital and dropped him off.

At 8:51 p.m., a sergeant was called to a possible armed robbery in the area of Olive Street and Lincolnway West.

Dispatch said that a male caller reported the robbery and then the call was disconnected.

Dispatch called the number again but the male did not pick up.

That caller, later identified as Devonte Deshawn Lee Nelson, had not given an exact address.

The sergeant arrived in the area of Olive Street and Lincolnway West and searched for the caller, or anyone in need of assistance, but found no one.

However, dispatch said that the phone number came back to a female party living in the 1000 block of North Huey Street.

Investigators later learned this female is a relative of Nelson.

Police then went to the Huey Street and contacted Nelson, who said he would only speak to police behind the house, court documents said.

Nelson said he had been robbed by an unknown male party.

He said the male allegedly stole his cell phone and his handgun and that the male had “ambushed” him in the street near the Huey Street residence, court documents said.

Nelson said he shot the male in the stomach area before the robber took his tan Springfield Hellcat 9mm handgun.

Nelson agreed to go to the South Bend Police Department to make a statement.

While there, Nelson told a detective that he had been walking southbound on Huey Street when he was jumped from behind by an unknown male, according to court documents.

Nelson said his wallet and cell phone fell out of his pocket as he fell to the ground.

Nelson said he pulled out his handgun and that he and the unknown male began wrestling over the gun when Nelson fired at the male, according to the affidavit.

Nelson said he was unsure if he had hit the male when he fired the first shot but said he tried to fire several more times but the handgun’s magazine became dislodged, court documents said.

The male party said “You shot me!” and was able to get the gun away from Nelson.

Nelson said the male took Nelson’s red iPhone, wallet, and handgun as Nelson was walking back to his residence, according to the affidavit.

Nelson said he had never seen the unknown man before but in a photo array, he was able to identify him.

Nelson said he knew this victim’s girlfriend and that she had been Nelson’s neighbor for several months.

Nelson later said that he did know the unknown male and that he recognized him as the woman’s boyfriend.

The man who had been shot later identified Nelson from a photo array as the man who shot him, according to court documents.

The girlfriend later told the detective that she had been inside of her residence on Huey Street when her boyfriend was shot.

She said that some time after the shooting, she saw Nelson standing on his front steps.

When she questioned him, Nelson said that he shot the woman’s boyfriend and that, if he saw him at her house in the future, he would shoot him again, court documents said.

Nelson is facing a charge of battery by means of a deadly weapon.