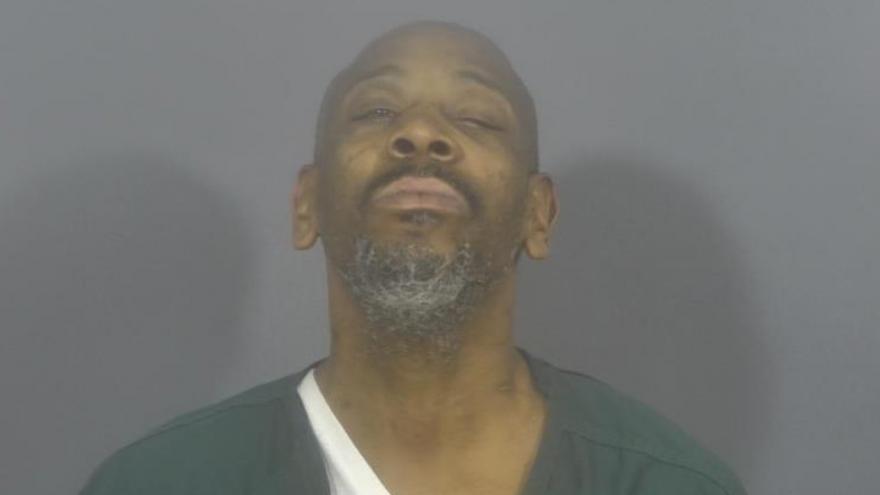 ST. JOSEPH COUNTY, Ind. – A man was arrested after he allegedly threatened to shoot up a hospital and kill an officer, according to the probable cause affidavit.

On Saturday, police were called to a local hospital after nursing staff in the ER said 48-year-old Cory Hennings had been discharged but was being disruptive.

Hennings allegedly continued to yell at staff as an officer tried to get him to leave.

He then tried to get back into the ER treatment area, according to police.

Officers again directed him to leave but Hennings said he would not leave, reports said.

He then allegedly hit an officer in the shoulder and called him expletives.

Hennings then hit the officer in the chest after the officer said Hennings would be arrested if he didn’t leave, reports said.

As Hennings and officers arrived at the exit, Hennings allegedly planted his feet and lunged at an officer.

The officer took down Hennings and got him on his stomach to handcuff him.

Hennings allegedly laid on his arms to prevent himself from being handcuffed.

Hennings was eventually handcuffed but pretended to be asleep on the floor and wouldn’t get up, according to court documents.

He was taken to security in a wheelchair.

On the way to the security office, Hennings allegedly threatened to kill and rape one of the officers, calling him expletives and slurs.

He also threatened a second officer, saying he would, “come through these handcuffs and kill you mother [expletive deleted],” reports said.

Hennings allegedly said, “I wish you would test me because I’ll kill you and rape you,” and “I will [expletive deleted] you up when I get out of these cuffs.”

As an officer took Hennings to jail, Hennings allegedly threatened to kill and rape the officer again and said he was going to call his boys in Chicago and they would shoot up the hospital.

He told the officer he would hunt him down and kill him and that the officer did not know who he was messing with, according to the probable cause affidavit.

Hennings is being held at the St. Joseph County Jail on a $8,000 bond.