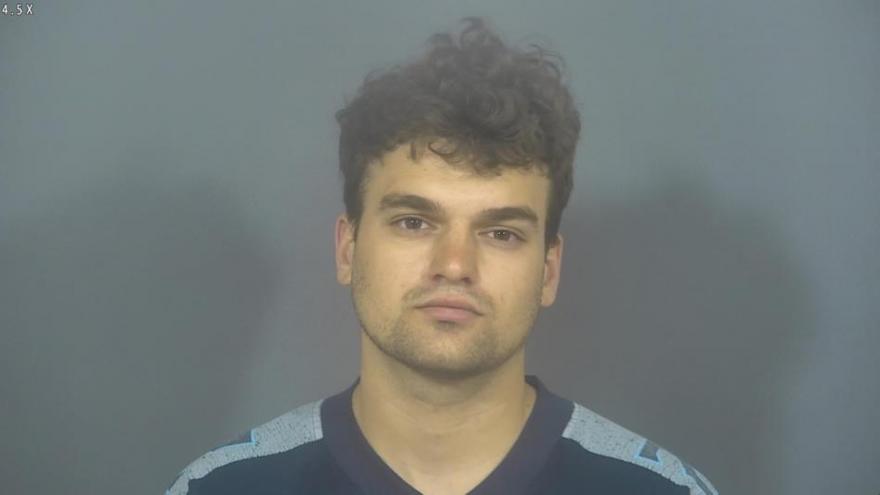 ST. JOSEPH COUNTY, Ind. – A man was arrested for intimidation after he allegedly threatened to kill his ex-girlfriend, according to the probable cause affidavit.

At 12:30 a.m. on Saturday, officers with the Mishawaka Police Department were called to a residence on Lincolnway East for a disturbance.

The victim told officers she got into a fight with her ex-boyfriend, Dylan Eyestone, when she refused to let Eyestone take her car to Taco Bell, according to reports.

Eyestone allegedly threatened to kill her and then himself.

The victim grabbed her phone to call 911 but Eyestone allegedly smacked the phone from her hand.

Again, Eyestone said he would kill her and then himself and got a handgun from the bedroom, reports said.

The victim’s father then came into the room and smacked the gun from Eyestone’s hand.

Officers collected the handgun but could not find Eyestone in the neighborhood.

Shortly after 1 a.m., officers were called back to the residence because Eyestone had returned, according to reports.

When the officer arrived, Eyestone allegedly ran from the house and ignored the officer when he told him to stop for police.

Eyestone was located and arrested a short time later.

He faces the charges of intimidation, interference with the reporting of a crime, and resisting law enforcement.

Eyestone is due back in court on May 18.