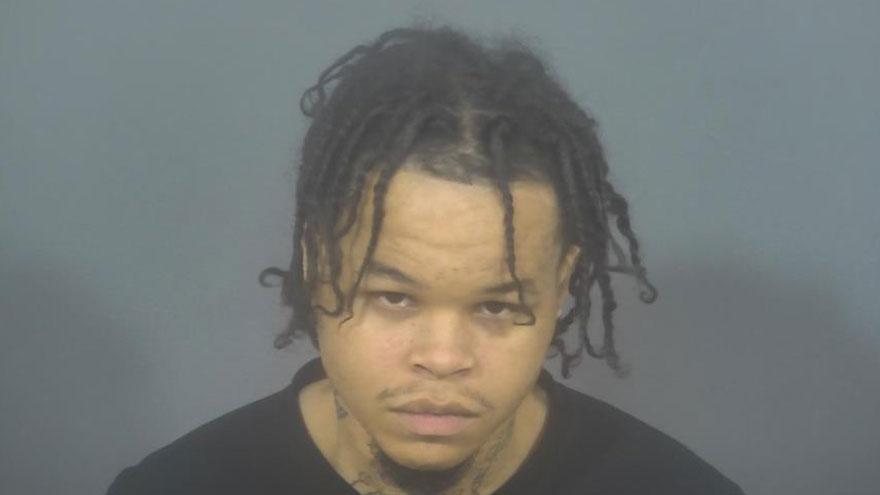 ST. JOSEPH COUNTY, Ind. -- A man was arrested after allegedly threatening a woman while armed because she would not move her legally parked vehicle, according to court records.

On Monday, South Bend Police were called to Walnut Street for reports of a man who had threatened someone with a gun.

The victim told police she went to a residence on Walnut Street to visit her mother and parked in front of a residence on Colfax because there were no other parking spots available.

She said Kavonte Brady went to her mother’s home and asked her to move her vehicle, reports said.

When she refused, Brady pulled out a handgun and threatened to shoot her and her vehicle, according to the probable cause affidavit.

The victim took a photo of Brady holding the handgun and showed it to the officer, reports said.

The officer noted it was a black handgun with what appeared to be an extended magazine, reports said.

Officers surrounded Brady’s residence and he was detained.

He initially denied having a handgun or displaying it. He later admitted to having the gun and said he gave the fun to a friend to take from the scene, according to the probable cause affidavit.

The victim had video of a vehicle driving up to Brady and drive away, reports said.

Officers were given consent to search two vehicles at the scene, but they did not locate the handgun.

Officers were granted permission to search one of the bedrooms in the home, but the gun was not located.

Brady has been charged with intimidation where def. draws or uses a deadly weapon, unlawful possession of a firearm by a domestic batterer and carrying a handgun without a license.