Man accused of throwing hatchet at neighbor during argument 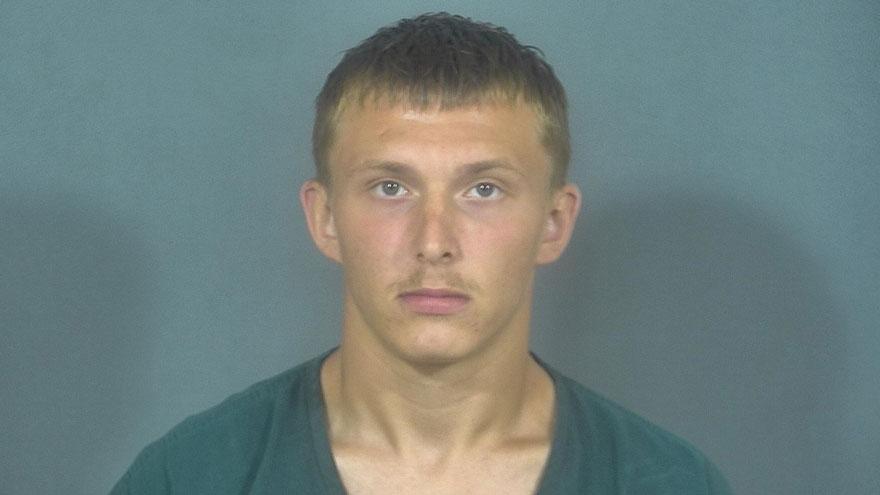 ST. JOSEPH COUNTY, Ind. -- A man was arrested for allegedly throwing a hatchet at his neighbor after they got into an argument about allegations of drug dealing, according to court records.

South Bend Police responded to a home on N. Kentucky Avenue on June 11 to investigate reports of an assault.

The victim told police he was doing yard work for a neighbor when another neighbor, 20-year-old Frank Golupski, came up to him and began arguing with him over accusations of drug dealing, according to the probable cause affidavit.

During the argument, the victim went to the front yard of his home and Golupski went to a neighboring yard, reports said.

Golupski allegedly picked up a hatchet out of his father's vehicle and threw the hatchet at the victim, reports said.

The hatchet struck the victim in the leg, but did not cause any injuries, according to the probable cause affidavit.

Golupski then fled the area in his father's vehicle, reports said.

Video surveillance of the incident showed Golupski throw the hatchet at the victim while his back was turned, reports said.

The victim was armed with a handgun at the time, but did not point it at the suspect until after the hatchet was thrown, according to the probable cause affidavit.

Golupski was arrested and charged with one count of criminal recklessness.