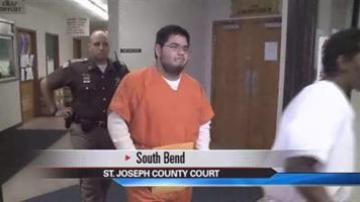 Damon DeLeon, 24, is accused of killing Cesar Flores, 32, outside the Anchor Inn earlier this month.

DeLeon was shot by another man during the argument, he is still recovering.