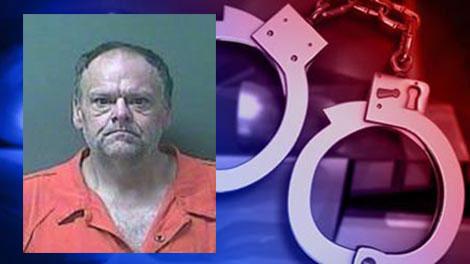 A Walmart customer was arrested Saturday night after allegedly switching UPCs on merchandise, according to La Porte Police.

Mark A. Price, 48, of Dowagiac, has been charged with theft and delivery of a false sales document, both Level 6 felonies.

Just before 10 p.m., La Porte Police were called to the Walmart on Boyd Boulevard to investigate a theft in progress. Police were told the suspect was driving a Cadillac Escalade in the parking lot.

When police arrived, they located the vehicle exiting the lot and turning onto SR2 East.

While following the vehicle, a small item fell off the roof and another item was still on top of it.

When officers approached the vehicle, they noticed a microwave sitting on the roof.

As Price opened his door to get out of the vehicle, two toaster ovens and a Keurig fell out of the door and onto the road, police said.

Police said the entire vehicle was full of merchandise.

A La Porte County Sheriff's deputy arrived to the scene after retrieving the object that allegedly fell off Price's vehicle. It was a large roaster oven.

Police said both the roaster oven and the microwave that had been on the roof had UPC stickers placed over each box's UPC.

Employees tried to stop Price from leaving the store, but he left anyways.

Price was being held at the La Porte County Jail on a $750 cash bond.

The Cadillac Escalade was impounded pending a search warrant.