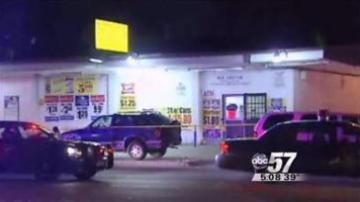 It happened around 12:30 Wednesday morning in Flint. Troopers were responding to a fight when one of the men involved ran off.

During a foot chase, police say the man shot the trooper in the stomach. The officer was rushed to the hospital. He has been treated and released.

This is the second shooting in two weeks involving a Michigan State Trooper.