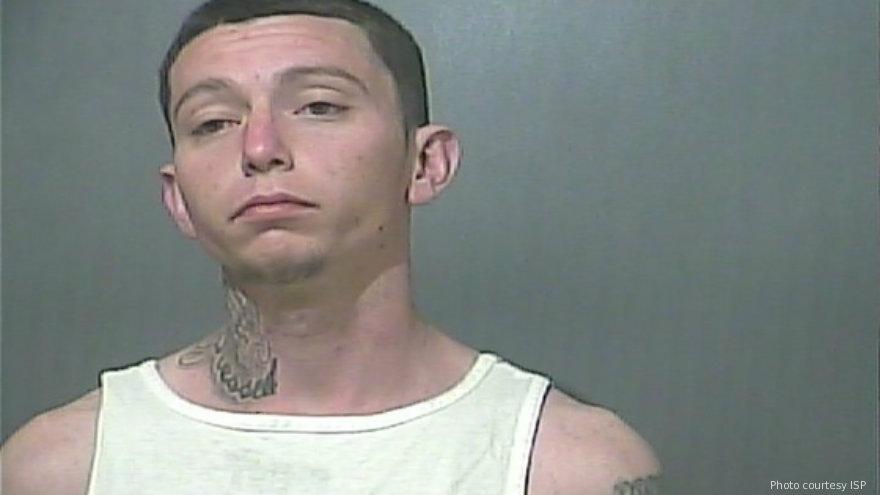 TERRE HAUTE, Ind. — A man is being detained in the Vigo County Jail for allegedly stealing a bicycle and attempting to pedal away from officers, according to Indiana State Police.

According to ISP at approximately 9:20 p.m., an Indiana trooper was dispatched to the Academy Sports store regarding a suspicious person.

An employee at the store told the trooper that a male subject had taken one of the store’s bicycles, according to a press release.

The trooper then observed the male subject pedalling at a fast pace away from the store.

The trooper identified himself and gave loud verbal commands telling the man to stop but the trooper says those commands were ignored as the man continued to flee on the bicycle.

According to the press release, the male subject pedalled through multiple parking lots in the vicinity, weaving in and out, adding to the difficulty of the apprehension.

After crossing U.S. 41, the bicyclist continued west into another parking lot crowded with vehicles.

The male subject then discarded the vehicle and attempted to hide from the pursuing officer, the release states.

The male subject was taken into police custody without incident.

The suspect was identified as 24-year-old Camron J. Banghart of Terre Haute, Indiana.

A preliminary investigation revealed that Banghart was wanted out of Clay County, Indiana on an active warrant for a probation violation for dangerous drugs.

Banghart was transported to the Vigo County Jail where is currently being held.

Banghart is facing charges of:

Banghart is also facing a probation violation for dangerous drugs in Clay County.

ISP troopers and the Vigo County Sheriff’s Department assisted in the investigation.