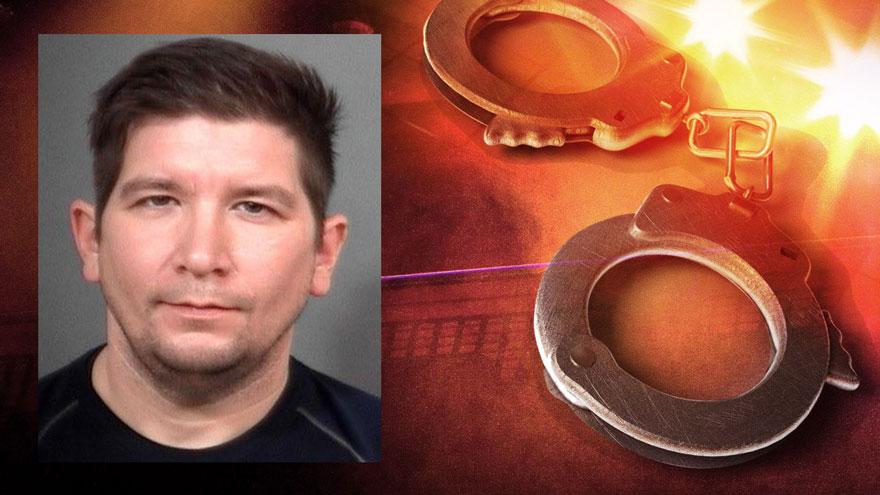 ST. JOSEPH COUNTY, Ind. -- Charges have been filed against a man who allegedly tried to intimidate a former girlfriend into not disclosing their relationship to his friends or acquaintances or the fact they met on Tinder.

The victim was using Tinder in October 2017 and matched with a man named "Christian Vellucci."

She and Vellucci texted each other for several weeks and eventually met in person. Their relationship developed into a romantic relationship.

After meeting with Vellucci on December 20, 2017, the victim conducted an internet search on Vellucci and discovered his name was actually Joel Campoli, and he was married, reports said.

The victim confronted Campoli via text message and told him she didn't have plans to tell his wife unless she became pregnant or got an STD, reports said.

He agreed to meet her to explain his behavior but failed to show up for the meeting.

She contacted him later that day and asked him to delete any photos she sent him during their relationship, reports said.

He said he wouldn't delete them because he didn't want her or her friends to contact him or his wife's friends, acquaintances or family, according to the probable cause affidavit.

His text message said, "I will not delete any of your photos or videos as of right now. I think it would benefit us if our friends and family did not discuss us, wouldn't you agree? I would hate if my friends talked and you found out. Family n friends don't need to see all the videos n pics you sent me. Let's be adult and let this all go…Let's be our best selves and control our tongues and our friends. Agreed?"

Campoli was arrested Thursday morning on one count of intimidation. Bond was set at $250 and he bonded out.