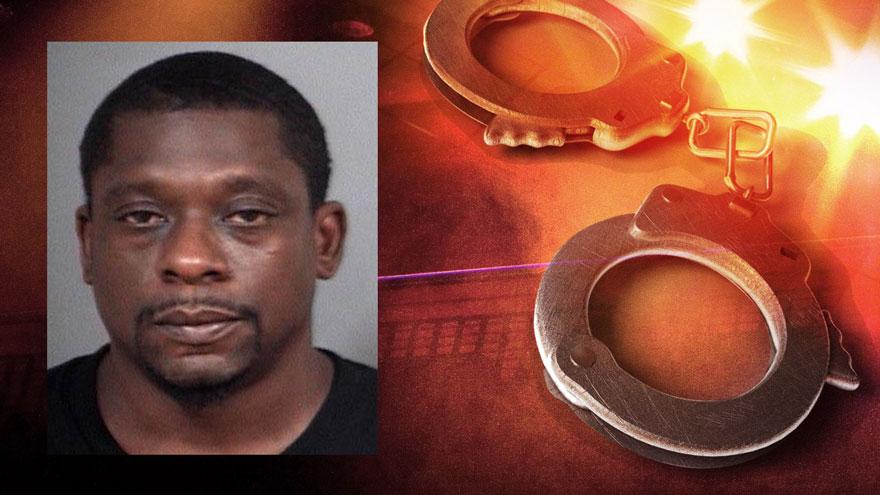 SOUTH BEND, Ind. -- A man was arrested after repeatedly ramming his vehicle into the vehicle his ex-girlfriend was riding in with her boyfriend, according to court records.

On July 29, South Bend Police responded to the fire station on N. Olive Street to take a report.

Michelle Tyus told police earlier in the day Charlie Shurn had picked her up in the vehicle he was planning to purchase, a Hyundai Elantra.

Tyus told police just before Shurn picked her up, Randy Allen, her ex-boyfriend, called her and made threats.

When she and Shurn left in the Elantra, they were driving in the area of Portage Avenue when a Ford Ranger rammed into the back of their vehicle, according to reports.

The Ranger continued to ram the Elantra and it went off the side of the road.

When the Elantra stopped, Allen also stopped, got out, went up to Shurn and punched him in the face, reports said.

Shurn and Tyus got back into their vehicle and drove off and Allen followed them, reports said.

Shurn pulled into a fire station on N. Olive and Allen continued past them. They contacted police.

An officer located Allen and his vehicle two blocks from the fire station. He initially denied speaking to Tyus, but then admitted to threatening her, police said.

He denied ramming their vehicle, although his Ranger had front end damage.

Allen said he was upset alleging Tyus was cheating on him.

Allen was charged with Criminal recklessness and battery on July 31.