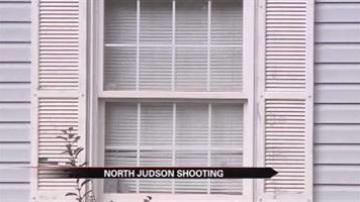 North Judson, IN -- When Amber Richie woke up Friday morning, she found out that her neighbors, the Greer's, had been victims of a shooting.

"You see crazy things around here, but no one shooting at houses for no good reason," Richie said.

Shortly after midnight on Friday, a neighbor from across the street fired several shots, one of them striking the Greer's window.

"He claimed the neighbors were shooting back at him, but if anyone knows Donnie (Greer), he's not going to be out at 12:30 at night, shooting a gun," Richie said.

Upon further investigation, they found ammunition in his pants; the same kind used in the shooting.

"I have an eight-month old son," Richie said. "It makes me wonder for the safety of me and him. I hope they keep him locked away for this."

Richie said it's not the first time emergency responders have been called to Allen's place.

She doesn't know him all that well, but wants peace in her neighborhood.

"He could've killed a young innocent girl for no reason at all, because he chose to be crazy," Richie said.