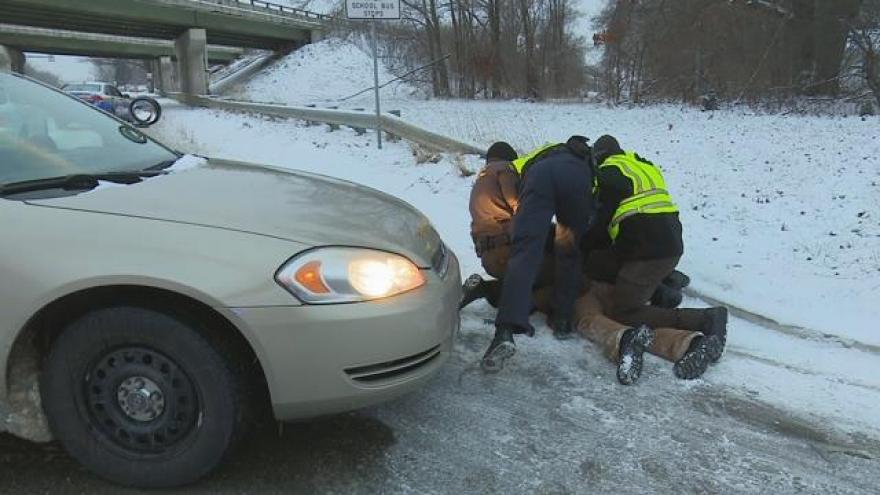 A snowmobile vs. car crash on State Road 23 near the University Park Mall left one man in a pair of handcuffs Thursday night.

At approximately 5 p.m., St. Joseph County Deputies responded to the scene of the crash and eventually pinned down the driver of the snowmobile, 59-year-old Richard Brennan, as he was said to be in possession of a gun.

The driver of the car, Gina Romano, wasn’t injured but she was shaken up by the crash.

"I stopped, I got out of the car, and he's just laying there on his back. And he started to get up and a nurse just flies out of her car like, 'Don’t let him get up, don't let him get up!'” said Romano.

Deputies say Brennan was arrested for operating a snowmobile while intoxicated, battery, and possession of a gun without a permit to carry.