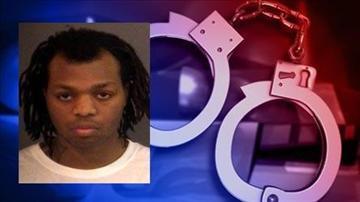 MISHAWAKA, Ind. -- A man was arrested on charges he received money or property from a prostitute and directed another to a place for prostitution, according to the Mishawaka Police Department.

The investigation began on February 13, when Mishawaka Police located 18-year-old Kassie Drudge asleep in the parking lot of the Walmart store on Indian Ridge Boulevard.

When police took her home, they learned Drudge had left home approximately 3 weeks ago and had no contact with her family during that time.

Drudge told police after she left home she met up with acquaintance Kayla Davis who was living at the Motel 6 on Lincolnway East.

Drudge said that in exchange for room and board she began performing sexual acts with subjects sent there by a man she knew as Xavier McCaster or Zanny, according to reports.

According to what Drudge told police, Zanny paid cash for the rooms on a daily basis and brought meals to her and Davis.

She said she shared a room with Davis until February 5 when Davis was arrested for battery, reports said.

Then, Drudge said Zanny moved her to the Comfort Inn on Main Street in Mishawaka where she stayed in a room with two other girls and continued to provide sexual services for men, according to reports.

She said he also took her to Grand Rapids, Michigan and Chicago to meet with customers. Drudge added that he advertised escort services on a website similar to Craigslist.

Drudge said it continued until February 12 when she decided she wouldn’t perform sexual services any more and Xavier kicked her out. He wouldn’t let her get any of her personal belongings and she went to the Walmart parking lot.

Exavier Almanzo McCaster was arrested on two counts of receiving money or other property from a prostitute and one count of directing another person to a place for the purpose of prostitution.
McCaster’s bond was set at $30,000.