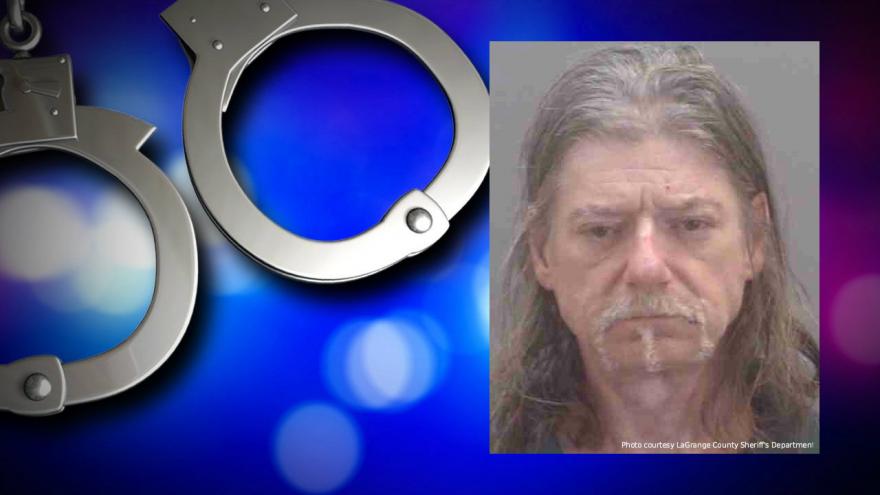 LAGRANGE COUNTY, Ind. – While one man was arrested for an alleged burglary Friday night, deputies from LaGrange County are still looking for the second suspect.

LCSD says a deputy was in the area of 575 South 950 East when his vehicle was almost hit by a tan Ford 150 pickup truck with a green tarp over the bed.

When the deputy drove near the truck, the vehicle and its occupants fled the area. The vehicle was found a short time later where a K-9 unit was deployed to track down the suspects.

According to officials, the K-9 led deputies into a wooded area where 60-year-old Jack Wonderly was found.

The investigation showed Wonderly and a second suspect, Shane Russel, allegedly burglarized a nearby home and stole a large gun safe and a briefcase containing collector knives, jewelry, and coins.

The LCSD asks if you know the whereabouts or any information regarding the second suspect in this case, Shane Russel, you are encouraged to contact deputies or call Crime Stoppers.