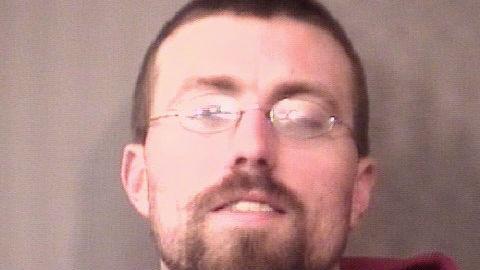 A Warsaw man was arrested Saturday morning after leading police on a pursuit resulting in his vehicle being driven into Center Lake.

A Kosciusko County Deputy saw a vehicle, driven by 29-year-old Benny Fitzpatrick of Warsaw, traveling without any tail or headlights near the intersection of Cleveland and Market Streets in Warsaw.

The officer and a Winona Lake officer located Fitzpatrick’s vehicle on East Winona Avenue where they say it was initially stuck in snow but was eventually able to flee from officers.

Fitzpatrick began traveling west on Winona Avenue and struck the Winona Lake police vehicle and a newspaper box during the pursuit.

Officers say Fitzpatrick continued to de-activate the tail & headlights and eventually made his way onto Buffalo Street.

Fitzpatrick jumped from his vehicle as it continued down the Center Lake boat-ramp and into the lake.

He was taken into custody by officers after a short foot pursuit ensued.

Fitzpatrick was arrested and preliminarily charged with resisting/fleeing law enforcement by use of a vehicle, operating a vehicle while intoxicated, failure to stop after an accident, and refusal to submit to a chemical test.

He is currently being held in the Kosciusko County Jail on $7,500 bond.