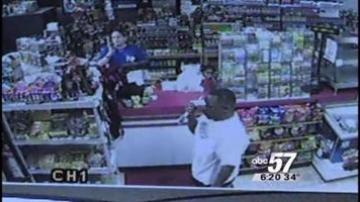 ARKANSAS -- One man attempted to rob a gas station with hot dog tongs.

He grabbed the tong from the food counter and threatened the clerk. He demanded money from customers as well.

Police say they were too busy laughing to be afraid.

“I guess nobody took him serious enough to actually give him money because of his state of intoxication,” said Cpl. Steve Dooly.

According to the report, the Tong Man told police he wanted to go to jail to see how his family did without him. He said they don't appreciate him.