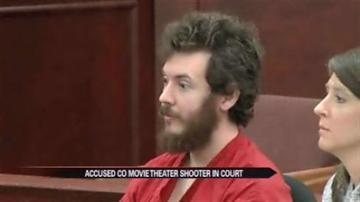 CENTENNIAL, Colo. -- The man charged with killing 12 people and injuring dozens more in a Colorado movie theater has pleaded not guilty.

That is the plea a judge entered for him Tuesday, yet attorneys say their client was not ready to enter a plea.

The judge says he can change it to "not guilty by reason of insanity" later if he wants to.

Right now victims and their families are just thankful the case is moving forward.

"It's nice for everybody involved to finally have a plea," said Amy Garby, family of a victim.

Prosecutors say they will announce whether they will seek the death penalty on April 1st.

The trial is set to start August 5th.