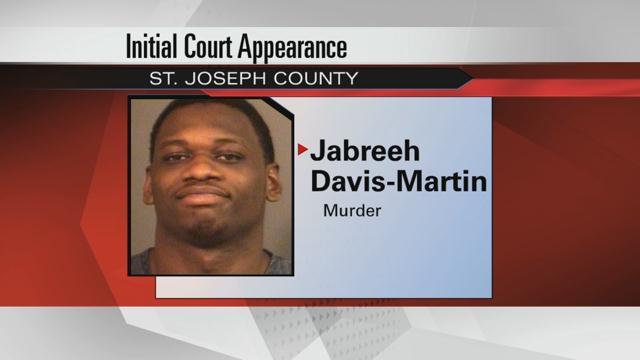 A man charged in the death of Jodie Henderson is expected in court on Monday for his initial appearance.

22-year-old Jabreeh Davis-Martin was charged with one count of murder. He has been in custody since February 18th on an unrelated charge.

Prosecutors say Henderson was at a party on Sorin Street in South Bend in January when he admitted to someone there that he had romantic feelings for Davis-Martin.

David-Martin allegedly struck Henderson with furniture from the home then left to another party where police say he told others there he had killed someone.

When Davis-Martin returned to his mom's house, he saw Henderson lying in the road in a fetal position and allegedly attacked him again, attempting to hit him with a brick, according to the probable cause affidavit.

According to the autopsy, Henderson died as a result of sharp and blunt force trauma, with the weather being a contributing factor.

Stay with ABC57 News for the latest on this case.