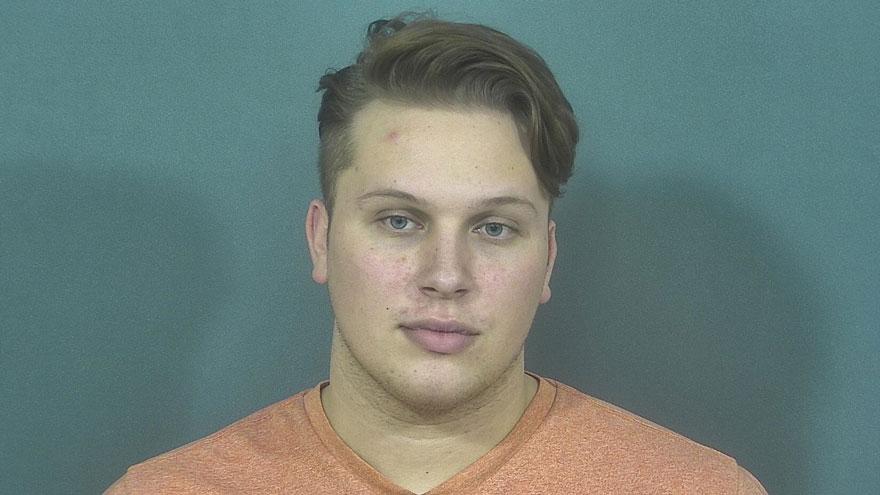 ST. JOSEPH COUNTY, Ind. -- A 22-year-old man has been arrested for allegedly molesting a 13-year-old boy, according to court records.

Braidon Nutting, 22, has been charged with two counts of child molesting.

In November 2018, Nutting called a South Bend resident and allegedly admitted to molesting the woman's 13-year-old son, according to the probable cause affidavit.

Nutting told the woman he was in Idaho at a sex addiction rehab and had called to make amends, reports said.

The victim's mother then called South Bend Police to report the incident. The case was turned over to the Special Victims Unit.

The victim was taken to the Casie Center for a forensic interview.

He admitted Nutting had molested him, according to the probable cause affidavit.

Nutting was charged in February 2019 and arrested on March 19.