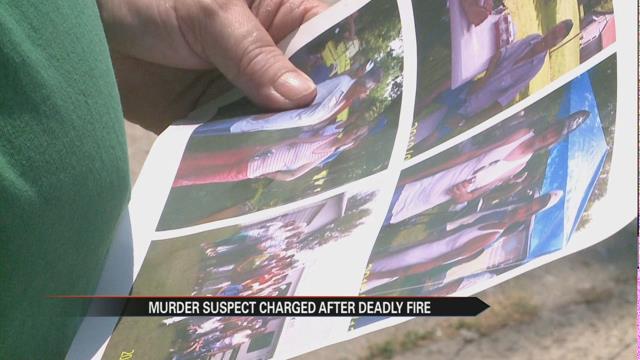 A man is facing murder charges after authorities say he threw a Molotov cocktail inside a South Bend home. Robert Tucker died and several others were injured in the fire.

“My brother was so innocent in this whole thing he was such a good person,” says Jeannie Niles, Tucker's sister.

On the night of January 20th, 2015, Tucker was visiting his daughter at her house on Greenview Avenue.

“And for somebody to do something so awful like that because there were a lot of innocent people there in that house,” says Niles.

There were five people in that home that night.

According to court documents a woman named Angelina Wolf said she wanted revenge against Victoria Daniels, who she thought caused a fire at her house.

She allegedly discussed getting revenge with James Huffman.

Huffman allegedly threw the Molotov cocktail into the window of the home.

Court documents also say Huffman is quoted as saying “they got what they deserved.”

These words are especially hurtful to Tucker's family but his sister says they are closer to closure.

“We will be able to rest in peace now knowing that they finally got the person who did this to our brother, and I just want the family to know we have to stick together,” says Niles.

Huffman is currently being held in Miami County on an unrelated charge waiting for his pretrial in July. Huffman is the only person charges have been brought up against in this case.

He has been charged with two counts of arson and one count of murder.