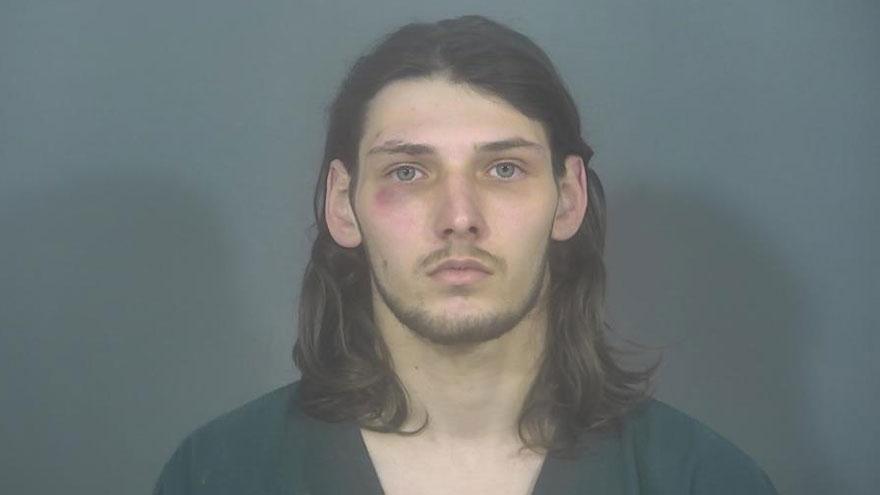 MISHAWAKA, Ind. -- A man has been charged with resisting law enforcement for running from an officer who had been called to investigate reports of an assault at a local park.

On April 17, Mishawaka Police were dispatched to Central Park for reports of a sexual assault.

Police were told the suspect was wearing a Bob Marley hoodie with gray sweatpants and was on a longboard skateboard, reports said.

When officers arrived on scene, they were told the suspect was south of the river, headed westbound and had already passed the Main Street bridge, reports said.

As one of the officers stopped at the stop sign at First and Spring streets, he saw the suspect riding his skateboard on Spring Street towards a gas station.

The officer drove to the gas station, then told the man, later identified as Tyler Hoffer, to turn around and place his hands behind his back.

Before the officer could get handcuffs on Hoffer, he ran from the officer, according to the probable cause affidavit.

Hoffer ran a short distance before the officer tackled him and took him into custody, reports said.

Hoffer has been charged with one count of resisting law enforcement.