Man charged with stealing vehicle with woman, two children inside 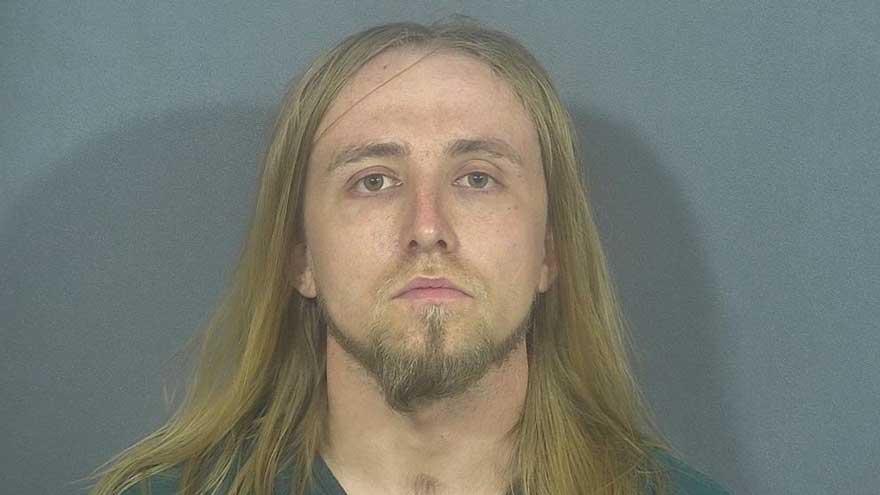 SOUTH BEND, Ind. -- A man who is accused of crashing into a vehicle, then stealing that vehicle with a woman and two children inside has been charged in the incident, according to court records.

On September 22, South Bend Police responded to a crash at Sample and Main streets in South Bend and located a Honda Odyssey in the middle of the intersection with significant damage to the front of the vehicle.

A witness told police she saw the driver of the Odyssey, later identified as James Michael Brown, rear end a Ford Flex stopped at the light, reports said.

Just after the crash, the driver of the Ford Flex got out of his vehicle to check on his wife and their two sons, who were also in the vehicle, reports said.

Brown also got out of the Honda.

The driver of the Ford said it appeared Brown was attempting to leave the scene, so he told Brown he needed to stay, reports said.

Brown then pushed the Ford's driver out of the way, got into the Ford and drove away with the woman and two children still inside the vehicle, according to the probable cause affidavit.

At the intersection of Michigan and Sample streets, Brown got out of the Ford and ran across the street, reports said.

Police arrived to the scene and spoke to the female victim in the Ford Flex.

She told police after Brown got into the car and drove away at a high rate of speed told her, "I am going to kill all of you, you are all going to die today," according to the probable cause affidavit.

While at the intersection of Michigan and Sample, the victim reached over and turned the vehicle off. She and Brown fought, but she was able to stop Brown from restarting the car, reports said.

Brown then jumped out of the car, reports said.

The victim complained of injuries and was taken to the hospital.

Another witness told police the suspect went into a building at 760 S. Michigan Street.

Brown was found inside the building, police said.

The victims positively identified Brown as the person who drove the Honda Odyssey and stole the Ford Flex, according to the probable cause affidavit.

Brown was taken to the hospital and told medical staff he had used meth and week that day, reports said.