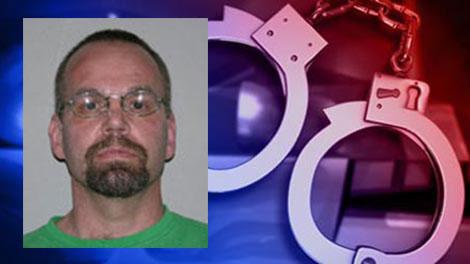 A man who raped a 10-year-old girl in March 1988 was sentenced to 53 years in prison for one count of rape, one of criminal confinement and one count of child molesting.

In 2012, the victim of the 1988 unsolved rape contacted the Elkhart Sheriff's Department about using new technology to find the man who raped her when she was 10 years old.

In 1988, the original investigators sent evidence with biological materials to the Indiana State Police Laboratory.

Samples from the evidence have been kept in a secure vault since then. When the samples were tested, technicians found DNA from the victim and an unidentified male.

When the male DNA profile was run through CODIS, it came back with a possible match to Robert Quinn, who was serving time for Child Molesting at the New Castle Correctional Facility.

A DNA sample from Quinn was taken and confirmed the match.

In March 2013, Quinn was formally charged.

He pleaded guilty to the rape charge prior to trial and was found guilty of criminal confinement and child molesting at trial.

He was sentenced Thursday to 53 years in prison.

According to the court records, Quinn struck the victim in the face, abducted her, covered her eyes with his coat and raped her while she cried.

The victim suffered serious internal injuries and had to have surgery and was hospitalized for several days.

The victim told the court she moved out of the area as an adult because she was afraid she would run into her attacker and not know it.

She said she had a great sense of relief she could put a face and name to her experience.