Man drives truck into lobby of ABC station in Baltimore 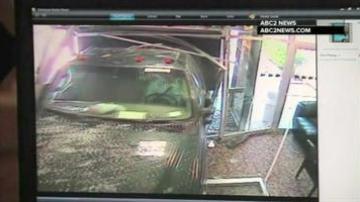 A man who police say drove a truck through a Baltimore TV station has been charged with attempted murder.

The station went on lockdown for several hours as SWAT teams moved in to try and find Vladimir Baptiste.

She watched as the standoff unfolded on the news and could not believe it was her own son involved.

Police say Baptiste stole a landscaping truck and drove into the station lobby.

SWAT crews eventually found him in the newsroom watching the coverage of his own standoff.