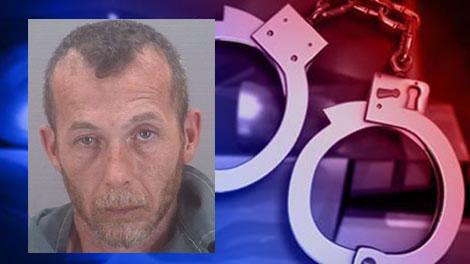 A Syracuse man was arrested on drug charges after allegedly causing a head-on collision on SR5 Thursday evening, according to the La Grange County Sheriff's Department.

Deputies say Benjamin Stewart drove his GMC Yukon left of the center lane and drove head-on into a Chevrolet van with five people inside.

The driver and a juvenile passenger were flown by helicopter to Parkview Regional. A female passenger and two juveniles were taken by ambulance to Parkview Noble for treatment, deputies said.

Stewart was also transported to the hospital for treatment of his injuries.

Deputies said they found marijuana, paraphernalia and a loaded handgun in Stewart's vehicle. He does not have a permit to carry a handgun, deputies said.
After he was released from the hospital, Stewart was arrested and charged with OWI causing serious bodily injury, dealing marijuana, maintaining a common nuisance, carrying a handgun without a license, driving while suspended-prior, possession of marijuana and possession of paraphernalia.

He was issued infraction citations for driving left of center and no insurance.