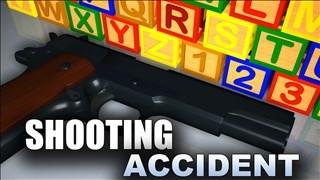 A 35-year-old man from Hamlet, Ind. was arrested on Sunday after his 4-year-old daughter allegedly shot him.

Officers at the Marshall County Sheriff's Department say David J. Paulson was shot by his daughter on January 31, 2015 when she found his loaded .40-caliber handgun in the backseat of his car.

Paulson bonded out of jail for $750 the same day of his arrest.