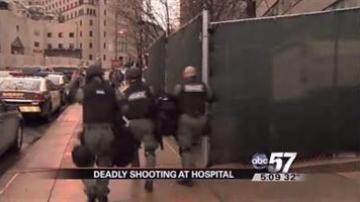 Seven others were injured including a University of Pittsburgh police officer. The violence happened at a psychiatric hospital.

Thursday's shooting brought out a flood of police cars.

One of the people who died is believed to be the shooter who was killed during a shootout with officers.