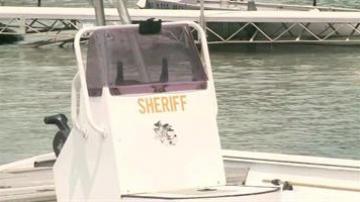 CASS COUNTY, Mich.-- The man whose body was found in nearly 30 feet of water in Donnell Lake has been identified as 67-year-old Vincent P. Churak of Evergreen Park, Illinois.

The Cass County Dive and Rescue team was called to the lake just after 10:30 a.m. Sunday.

“It was somber. We pulled up, we saw the fire and rescue here and then there was a volunteer fireman here that asked us not to put [the boat] in and then they told us what happened and it was very solemn,” Donnell Lake boater Laszlo Mischak said.

About ten feet from the pier and in water nearly 30 feet deep, witnesses said they saw Churak struggling.

By the time they reached the area they last saw him, they couldn't find him.

“We’ve been coming here for 14 years and this is the first time we’ve ever had anything like this happen,” Mischak said.

The sheriff's office said he was an avid swimmer who was paddleboarding alone.

“If you’re going to be out on the lake try to have someone else there to watch you, another boat or something like that because you never know when something can happen,” Cass County Sheriff Joseph Underwood said.

There was a life jacket with the paddleboard, but Churak was not wearing one.

“Anybody that’s out on the lake, you just want them to be careful. Continue to wear your lifejacket. We found a lifejacket a short distance away, we thought maybe that would have helped the man. We don’t know if he had a medical emergency or what exactly happened,” Underwood said.

The sheriff's office is still investigating.

The Cass County coroner will conduct an autopsy to determine the cause of death.