Man gets shot, crawls to neighbor's house for help 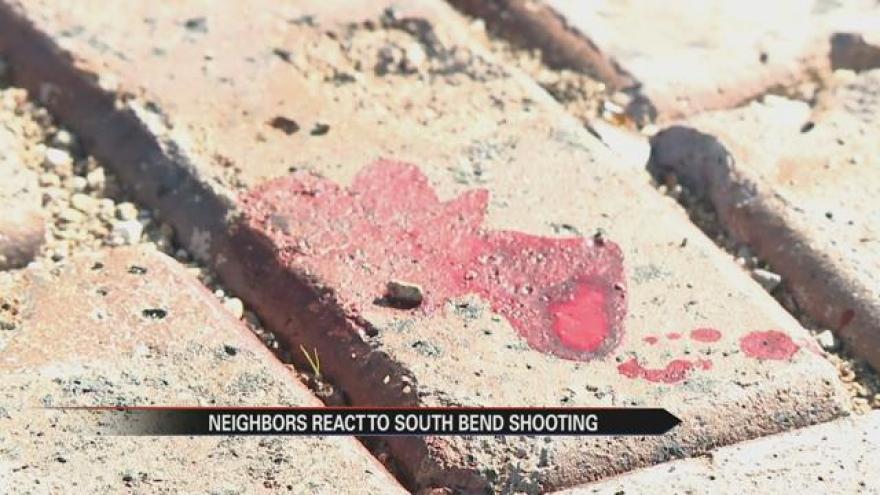 It happened in the 700 Block of East Washington Street, a little after midnight Tuesday.

“I heard about four or five what I thought at first were firecrackers,” said long time neighbor Larry Clifford.

Larry Clifford was inside his house on Washington street, watching TV.

He didn’t think much of it until he heard something else, something strange.

“Then I heard a strange squeaking noise and I got up off my couch,” Clifford described.

He said a red car was parked outside.

“Then I heard this loud groan, ‘Ah’,”Clifford explained.

With his flashlight in hand, he went to the street to investigate.

“Then after a minute or so I saw a dark figure crawling across the grass,” said Clifford.

Taylor was previously arrested on charges of robbery, battery, and resisting arrest dating back to 2013.

Police told ABC57 Taylor was shot at least two times in the arm and the groin.

Clifford said there has not been a shooting on his block in the 25 years he’s lived there.

However, he believes there needs to be a stronger police presence in the neighborhood.

“Police are here quickly but I rather have them here before it happens,” he said.

A neighbor on the block said once police arrived on scene the victim threw a gun into a nearby bush.

Police confirmed they recovered a gun from the scene.