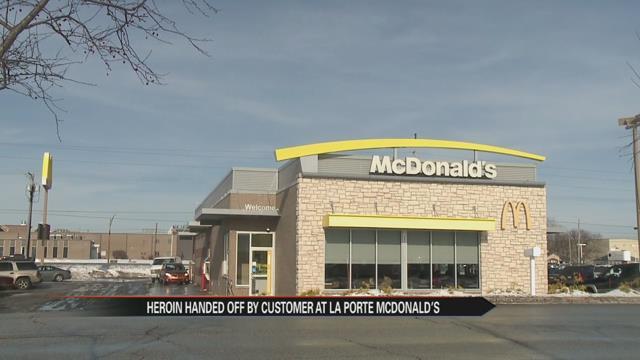 A customer who went through the drive through at the Boyd Boulevard McDonald's handed over cash and a baggy containing heroin on Monday, according to the La Porte Police Department.

Police said the customer ordered food in the drive through, then handed the employee cash for payment.

The employee later noticed a small bag fall out and suspected it contained drugs, reports said.

Employees called police and they determined the bag contained heroin, according to police.

The employee attempted to get the driver's license plate number.