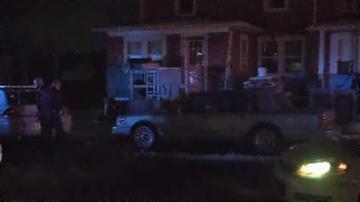 MISHAWAKA, Ind. – Police were called to a scene of a domestic dispute in Mishawaka.

The incident broke out between two men and a woman. It happened at a home on the corner of Lincoln Way West and Strathmore late Thursday night.

One man was stabbed by another. Police were able to take a suspect into custody.

The stab victim was sent to the hospital with non-life-threatening injuries.