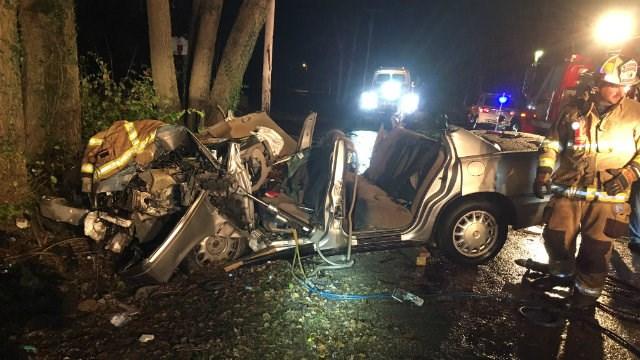 A North Webster man is in critical condition after a single vehicle crash early Wednesday morning.

Upon arrival, Deputies and emergency personnel located the driver of a 1997 Buick, 24-year-old Christopher Doty, trapped in the vehicle.

Deputies say Doty was originally conscious on the scene then became unconscious after being removed from the crashed vehicle.

According to a preliminary investigation, deputies suggest Doty was traveling eastbound on County Road 1000 North when he had trouble navigating the curves of the road.

The vehicle came off the roadway and struck several trees.