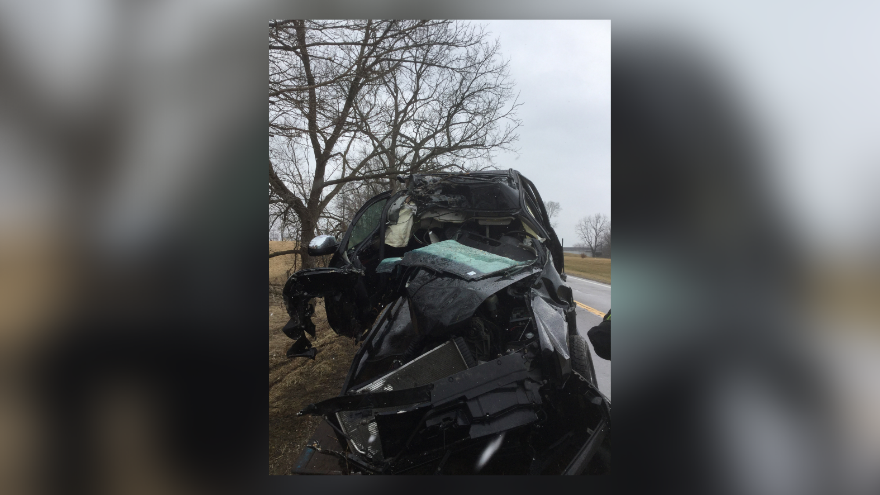 CASS COUNTY, Mich.—One man was injured after his car struck a tree in Porter Township on Sunday.

Deputies with the Cass County Sheriff’s Office were dispatched to the area near M-40 south near Spatterdock Lake St. in Porter Township at approximately 1:29 p.m. for reports of a single vehicle crash.

According to police, 63-year-old Randy Wilson Riley was driving northbound on M-40 when his vehicle left the road and struck a tree.

Riley was taken to Elkhart General Hospital for his injuries.

Police say that Riley was wearing a seat belt during the crash. Police do not believe alcohol was a factor in the crash.