Man killed after being shot by fellow hunter 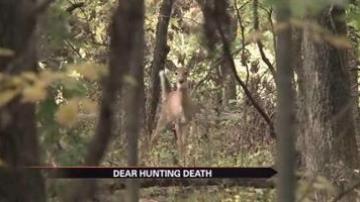 FULTON COUNTY, Ind. - Indiana Conservation Officers are investigating the death of a Rochester man after he was shot by a fellow hunter on Sunday.

Officers said 28-year-old Kenneth Moore was hunting in a group of four during the youth deer season just outside of Rochester. This group included Moore, another adult male, a female adult, and a 12-year-old boy.

Corporal Ashlee Jackson with the DNR Law Enforcement Division said the group of four hunters at one point decided to split up.

"The victim was hunting with the 12-year-old juvenile and they were walking along a corn field when the shooting occurred," said Jackson.

Jackson said the adult male hunter is who shot Moore in the head.

Moore was pronounced dead at Woodlawn Hospital in Rochester.

Officers said they're waiting on results of an autopsy and still investigating the incident as of Monday afternoon.

The DNR said this is the time of year when hunting safety is extremely important.

The following are safety tips for hunting while using a firearm: