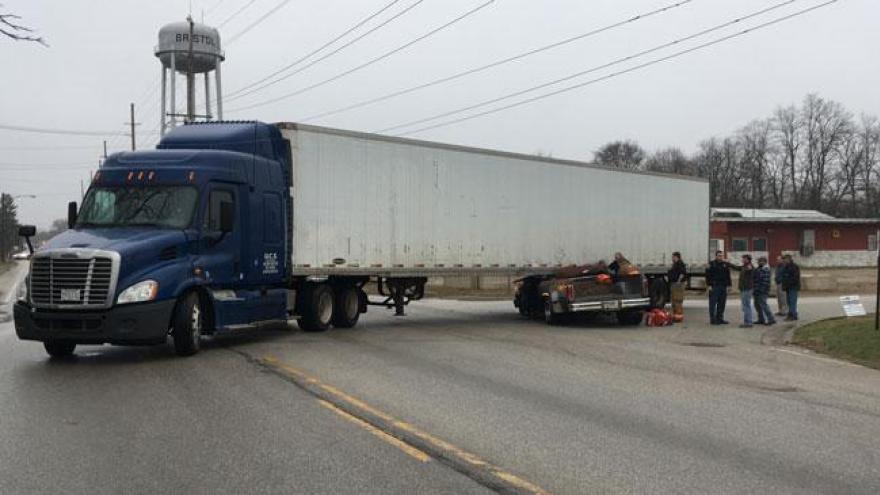 The Bristol Police Department released the names of the victims in the fatal crash between a semi and a pickup truck that happened Wednesday afternoon at Division Street and Kesco Drive.

The driver who was killed was identified as 69-year-old Terry Neil Shelhamer of Constantine Michigan. Police said he was a St. Joseph County Michigan Posse Officer.

His passenger, 19-year-old Shantana Mosher was taken to Memorial Hospital for treatment. She has since been released.

Bristol Police said they wanted to thank the residents and witnesses who assisted them at the scene to free Mosher from the truck.