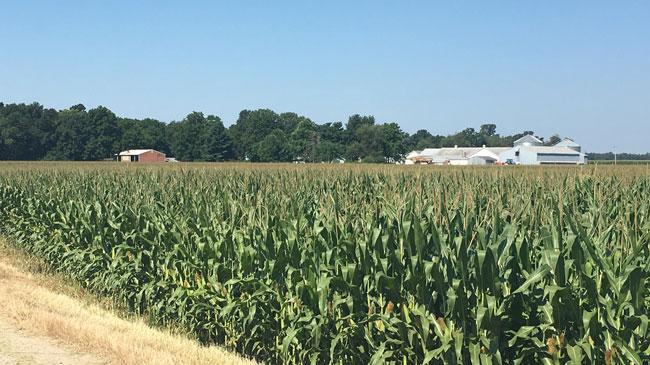 A farmer was killed Thursday morning in an accident at a farm in the 24000 block of Trunk Trail, according to the St. Joseph County Police Department.

The victim has been identified as 58-year-old Richard Snyder.

“I normally see him at least once or twice a day either coming up and down the road or out here in the field, and like I say, every time he went by, it was always a big wave, hello,” said Morris.

The accident happened around 9 a.m. Thursday.

Snyder was repairing a tractor tire when the tire tube and sidewall burst, according to St. Joseph County Police.

“Anytime you deal with truck tires, tractor tires, or all that they have what they call a safety ring that comes around and those get weak, and when you’re airing them up, those get weak and can explode on you, “said Morris.

It is not something that happens often.

“We have seen rural farming accidents periodically, but it’s pretty rare to have one with this particular kind of mechanism, but sadly it does happen,” said Bill Thompson, Assistant Chief of the St. Joseph County Police Department.

Snyder had farmed all his life and was a well-known and well liked farmer.

“I talked to a couple of his employees, and they said he was a real nice guy to work for. He just wanted you to do a good days work, and he paid you a fair wage,” Morris said.

St. Joseph County Police said they will be contacting OSHA to let them know what happened, since Snyder was technically killed on the job.