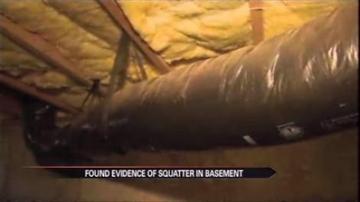 YELM, Wash. -- One Washington woman thought she had a faulty furnace but she soon discovered her heating problems had nothing to do with the furnace.

Someone had been living in her crawl space.

Velma Kellen says there were mysterious signs leading up to the discovery: backyard gates had been left open and there was a strange smell somehow coming into the house.

Despite these clues, she never would have guessed someone was squatting in her basement.

"To think that someone is going down there and living, obviously it's a sign of desperation for them, pretty concerning for most people who have crawl spaces," said Kellen.

The Town Police Chief says this is the first incident of its kind and warns residents to take time to lock up.