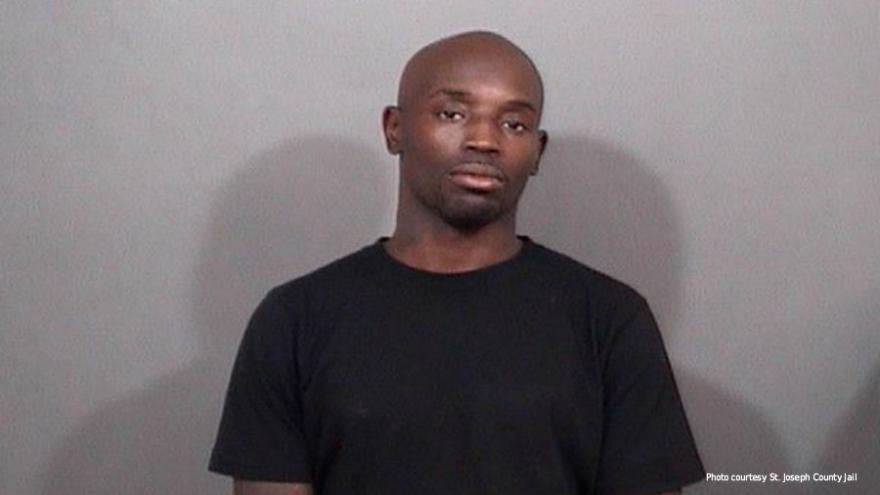 SOUTH BEND, Ind. – A man who allegedly pressed a gun to another driver’s forehead during a road rage incident on Saturday was arrested and booked in jail.

According to a probable cause affidavit, South Bend Police were called to the Speedway gas station at the intersection of Edison Road and South Bend Avenue where the victim was located.

The victim told police he and his passenger were turning east onto Angela Boulevard from Lahey Drive when a blue Chevy Equinox ran a red light, nearly hitting the victim’s vehicle.

Both vehicles were stopped side-by-side at the intersection of Edison and South Bend Avenue when the victim “flipped off” the driver of the Equinox and called him a name.

When the light changed, the victim pulled into the Speedway parking lot. The Equinox followed.

A male driver got out of the Equinox and walked up to the victim stating, “You need to know who you are talking to. I can run any red light I want.”

Court records say words were exchanged when the driver allegedly pulled a pistol from a holster on his waistband and pressed it to the victim’s forehead while stating, “I kill people, I kill families.”

The pressure from the barrel of the gun broke the skin on the victim’s forehead causing him to bleed.

After the confrontation, documents read that the driver got back into the Equinox and drove off.

Police stopped the Equinox not far from the scene. One of the two occupants, 32-year-old Kisare Makori, matched a description and was later positively identified by the victim’s passenger.

Per the PCA, the Equinox was registered to Makori’s passenger.

Officers report a search of the vehicle uncovered a Daisy Powerline BB gun in a holster and two Glock .40 caliber magazines.

Makori was booked in the St. Joseph County Jail on charges of intimidation and battery by means of a deadly weapon.